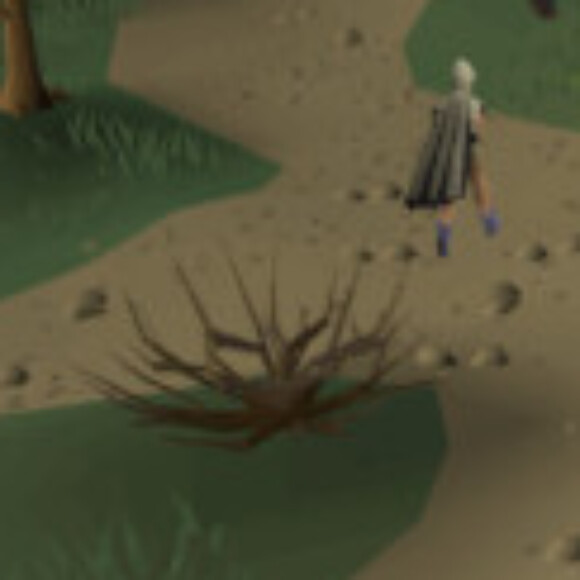 The tear-filled tale of Guthix OSRS quest has players heading out on a journey that begins at Lumbridge Swamp. Players are tasked with helping a follower of Guthix known as Juna, where they must repair a cavern. The dungeons that are found here are flooded with tears because of The God Wars’ destruction.

The tears are shed by Guthix due to Zamorak’s and Saradomin’s battles. Guthix’s tears be a special power that can allow you to gain more knowledge of what has transpired. The cave you will be travelling to is guarded by a serpent named Juna who we mentioned earlier. But Juna is tired of protecting the cave over the last 3,000 years. She is now eager to hear the stories of the world above.

This could be a brief quest, but there are certain things and levels of skill you’ll need before you can start. The first is that you require to earn 43 Quest Points before you are allowed to start Tears of Guthix in OSRS.

Need to be skilled

For the ability to master, you are required to possess 49 Firemaking as well as 20 crafting along with 20 Mining. Make sure you have these before you attempt Tears of Guthix!

As for items that you need, there are five items that you must take with you. The first is an Lit Sapphire Lantern, which can be obtained through the use of a Cut Sapphire on a Bullseye Lantern. You’ll also require a Chisel, Tinderbox, Pickaxe as well as a Rope. Make sure to note that you’ll need the Rope in the event that you haven’t been to into the Lumbridge Swamp Caves previously.

The quest is about to begin. Tears of Guthix Quest

There is a way to access the caves via in the Lumbridge Castle cellar, if you’ve made it to a certain point in The Lost Tribe. However, if you’ve not been able to do so yet make sure you take a Spiny or Slayer Helmet with to ensure that you do not take any harm from Wall Beasts. It’s not mandatory, but it’s something I’d suggest before embarking on the quest.

There are two ways to start with the Tears of Guthix quest. If you’re yet finished The Lost Tribe quest, then continue reading for the alternative 1. If you have managed to complete The Lost Tribe, then skip over Option 2 to Option 2.

If you’re not done with The Lost Tribe, head to Juna through the Lumbridge Swamp. There you’ll require the Bullseye Lantern, which, since it can’t be extinguished or broken and is not able to be destroyed, will prove very useful. Once you have this lantern, make use of an Cut Sapphire on it to make the Sapphire Lantern in order to illuminate the caves.

To gain access to the cave through the swamp, you’ll be heading toward the south until you find the river, which you can leap over. Be wary on this route since there’s a grey X on a wall around here, which could be an area filled with swamp gas that will cause damage should you be in there for too long. Continue to go south, and then east until you reach a slope. You will eventually encounter Juna. Speak to her and begin your quest.

If you’ve been able to begin The Lost Tribe quest, there’s another route you can use to get to the goal. You can go straight to the basement of Lumbridge Castle and climb through the hole in the wall. From there, go towards the south, and you will be able to climb through another hole in the wall. This will lead you to the cave, but you will need to use your Pickaxe to clear the path first.

Go south from here and jump across the river. You’ll then need to enter the tunnel , and turn east. Then, you can talk with Juna on the lower part of the slope.

Whichever path you take to reach Juna, she will tell you tales of the Tears in the cave. Then she’ll mention that she’s tired of having to watch over the cave for so long. She’ll also ask you to tell her an account, and will allow you to enter the cave to gather tears, provided you have a Stone Bowl for them beforehand

From Juna’s location, travel north-west and climb the rocks. You will be in an area of darkness with Light Creatures. Grab the Sapphire Lantern and use it to bring them to the south side , which was not accessible prior to. Set up your Pickaxe for grabbing a Magic Stone. Once you’ve completed this then use your Chisel turn it into a Bowl. Make sure that when you make this Stone Bowl, you will require telling Juna an earlier story, otherwise you will be in a position to not progress.

Returning to Juna the Stone Bowl to Juna

When you’ve got the Bowl, head back to the east and offer this bowl back to Juna. After you’ve done this your mission will be complete, and you are now able to enjoy the rewards.

If you complete the Tears of Guthix quest, you’ll receive 1 Quest point and 1,000 crafting hours. Most importantly is the ability obtain access to Tears of Guthix cave where you can participate in an in-depth Tears of Guthix miniature game, which is played once every week.

The Tears of Guthix Minigame

The Tears of Guthix minigame is a great way to earn additional rewards of experience in the area of your weakest skill each time you take part. The amount of experience you’ll earn grows per tear as you climb the ranks. The minigame is definitely worth the thrill of it, and that alone is what makes this Tears of Guthix quest worthwhile for itself.

If you’re currently on a hunting spree, you might like some of our Waterfall Quest OSRS Guide helpful!

Before beginning this quest ensure that you’ve got the right gear you need. Although the helmets aren’t necessarily a necessity, they are recommended to prevent possible damage. In the end you’re now arm yourself with the knowledge to head to Juna and complete the Tears of Guthix quest in OSRS!

Get in touch with us, and someone will get back to you.